"Although I sincerely appreciate all of the congratulations, atta boys, and pats on the back. My point [with this story] isn't to draw attention to myself, but rather share with anyone like me that doesn't really want to quit, but knows they should, that there is a great alternative. Love to you all, and thanks for the support."  -David Cocke via Facebook

My Story: How I Quit Smoking (and started Vaping) 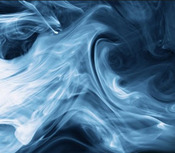 Shortly after Marine Corps boot camp I began smoking cigarettes.  I smoked for 30 years and loved it.  I love the smell, the taste, the social aspects of it, as well as its stress-relieving properties.  Those that don't smoke will think I'm crazy, but those of you that do, know exactly what I'm talking about.  You would be hard-pressed to find anyone less willing to give up smoking than me.  I often joked, "I enjoy coffee, sex, and cigarettes, and if I have to give them up, you might as well take me out."

After having multiple heart caths over the past several years, each one brought with it an onslaught of pleas from family and friends to quit smoking.  Some were gentle about it, while others were more outspoken.  I love my family doctor, Dr. Richard Rose.  On every visit he asks, "You know I'm required by the union to ask, have you quit smoking yet?"  You see, my doctor accurately diagnosed me with stubbornness (hard-headed and/or pig-headed) disease years ago.  He knew the harder he pushed the more I would resist.  He knew I had to want it first and then he would do anything he could to help.  I appreciate more than he knows his gentle ways of approaching this subject with me.  Unlike some other doctors, whose names I will not mention, made me so mad I wanted to punch them in the nose because they were what I call anti-smoking zealots.

In June of 2013, at the age of 47, I had yet another catheterization, but this time to place a stent to unblock the main arteries going to my legs.  I'm becoming a frequent flyer at my local Cath-Lab.  I had PAD and it was so bad I couldn't walk more than 20-30 yards without having to stop, as the muscles in my legs and hips would cramp so badly.

Now, I don't want to argue the point here, I know cigarettes are bad for you, but I'm not convinced cigarettes are solely to blame for my health issues (clogged arteries).  Diet and exercise (or lack of) surely played a role as well.  However, I do believe smoking accelerated or exacerbated these issues as they do inflame your arteries.  These are my opinions, not my doctor(s).  Even with this latest stent, however, I still had no intention of quitting smoking.  But in order to get people off my ass about it, I agreed to at least give e-cigarettes a look.  I was afraid I might have to turn into a closet smoker.

Thanks to a wonderful Credit Union Manager from Lancaster, Texas, which I recently met again at a software conference earlier this year, I already had a brief introduction to e-cigarettes and how they worked.  She was teaching us smokers all about it.  I was intrigued, but not enough to pursue it when I got home.  But now, after the surgery, I did start researching it on the Internet and becoming educated about my options and learning about the ingredients and their safety.  It's funny, I knew cigarettes were bad for me, but the thought of inhaling something else, scared me.  I guess it's like the old phrase, "The devil you know."

As of August 1st, 2013, about 6 weeks after the surgery, and about 5 weeks after starting E-Cigs, I am now smoke free.  Not because I wanted to quit, but because I found a way to have my cake and eat it too.  Or is that vape it too?  E-cigarettes give me the same satisfaction as a real cigarette (analogs as they call them) plus additional benefits such as no smoker's breath, no smelly clothes, no burn holes, and I can now vape in places I could never previously smoke.  And... people aren't nagging me anymore.  Well, at least not about smoking.  Another added bonus is that E-Cigs can save you money compared to real cigarettes.

I have a co-worker that started using E-Cigs at about the same time I did, and he quit smoking in less than a week.  I believe, however, he wanted to quit.  You can read an excerpt of his story in this Blog Post (His handle is Fireman).

E-Cigarettes are super easy to use, just fill and vape.  You don't have to go crazy with it like we did.  E-Cigarettes have also turned into a hobby for me and my co-worker.  There are so many styles and varieties of equipment (batteries, tanks, atomizers, cartomizers, adapters, drip tips, coils, wicks, and flavors).  And you learn (if you want to) that various flavors of e-juice taste differently at different voltage and resistance levels.  Right up my geek alley.  And I'm learning about the art of flavorings and extracts, just like baking cakes and cookies.  Same flavors, you just vape them instead of eating them.  You can buy e-juice flavors made by others or even make your own.  I also have more control now over the amount of nicotine levels than I had with cigarettes.  For example, I started at 18mg and I have already come down to 12mg and I can go lower.  Even down to 0mg if I want.  (FYI, 30mg is about the highest I've seen with e-juice flavors.)

As I told my brother, I don't know if E-Cigs have become my habit hobby or my hobby habit.

Nonetheless, I have been verbally telling my story and sharing what I have learned with everyone I know, so I thought perhaps I should outline this new found knowledge on my personal website to more easily direct people here so they too can begin to learn more about it.

To anyone reading this, if you smoke, or know someone that does, ask them to at least give E-Cigarettes a try.  It may not be for everyone, so please don't harp on them, but coming from someone who didn't want to quit, I have to say this is a wonderful alternative.  Far better, cheaper, and less scary than drugs like Wellbutrin, Chantix, or nicotine patches.  Also, there are several different styles of E-Cigs and the kind you find at the local gas station or drug store are not the ones I recommend.  These disposable styles have limited battery life, limited flavors, and can be more expensive than real cigarettes.  In fact, read this page and you will learn about the various styles e-cigarettes I've tried.  This will save you time and possibly money too.

Let me be perfectly honest with you though.  I still love the smell of burning tobacco.  I still occasionally have cravings for the real thing; probably always will.  I have gained about 10 pounds since I started down this path.  I "think" cigarettes keep your metabolism high, and now it is slowing down to normal and I'll have to work harder to keep my weight under control.  I also started having adult acne.  Not major, but it is noticeable.  After researching this, I find it is common to have what is often referred to as "quit zits" after you quit smoking.  It would seem acne is caused primarily by a hormonal imbalance.  And this changing of a lifestyle habit is apparently to blame.  Time will tell.

In closing, there are so many I want to thank.  First and foremost, thank God that I'm still alive.  Also, thanks to the Doctors, Nurses, and staff of Fort Sanders Regional Medical Center and Summit Medical Group for all they've done on my behalf.  You rock!  Thanks to my family and friends for their love and support.  Thanks also to my co-worker, Mike Reed.  By having him start e-cigarettes with me it has been so helpful in the learning and co-support process.  Thanks to Bill and Terri Livezey that own Knoxville Vapor for their patience in educating me and answering my many questions.